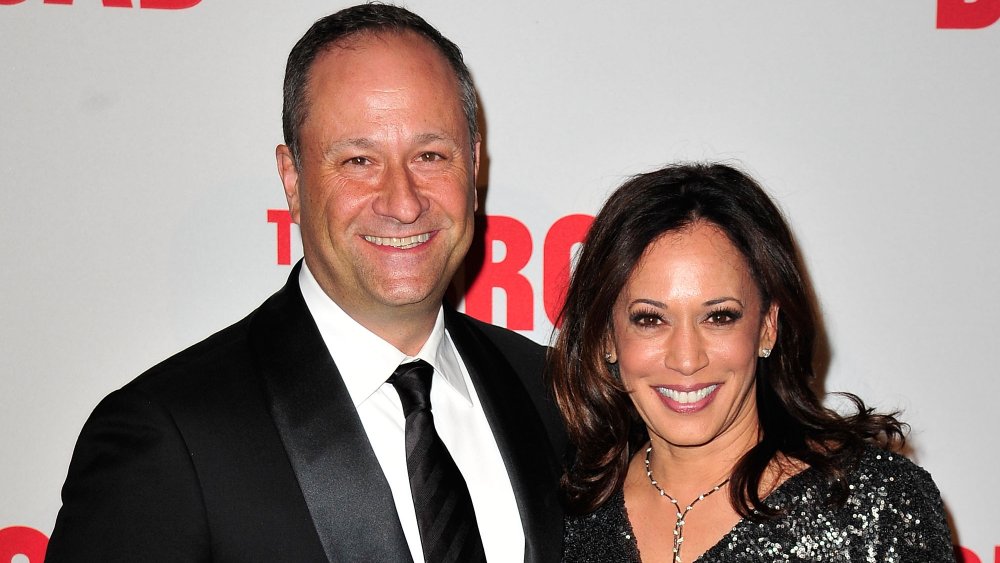 On Aug. 11, 2020, Joe Biden named Kamala Harris to be his running mate, which, among other things, means that people will want to learn more about her personal life. Harris is married to Douglas Emhoff, who became an internet sensation when he jumped on stage to remove a protestor who interrupted his wife at a 2019 speaking event.

Aside from being a supportive husband, Emhoff is a partner at the law firm DLA Piper. He’s also licensed to practice law in Washington, D.C., which would work out well if the family has to make a big move in January 2021. The Emhoff family includes his son Cole and daughter Ella from his marriage to his first wife Kerstin Emhoff.

The Hollywood Reporter confirmed that Harris met her now-husband in 2013 on a blind date set up by a PR consultant named Chrisette Hudlin. She didn’t meet Emhoff’s kids Ella and Cole until she was sure that she was «in this for the long haul,» writing for Elle, «As a child of divorce, I knew how hard it could be when your parents start to date other people.»

Before moving to Southern California as a teen, Emhoff was born in Brooklyn, according to THR. After high school, he attended California State University-Northridge, where he obtained his Bachelor of Arts in Communication and Media Studies in 1987 (via LinkedIn). Immediately after, he enrolled in law school, ultimately earning his law degree from the USC Gould School of Law in 1990.

Douglas Emhoff and Kamala Harris had a short engagement 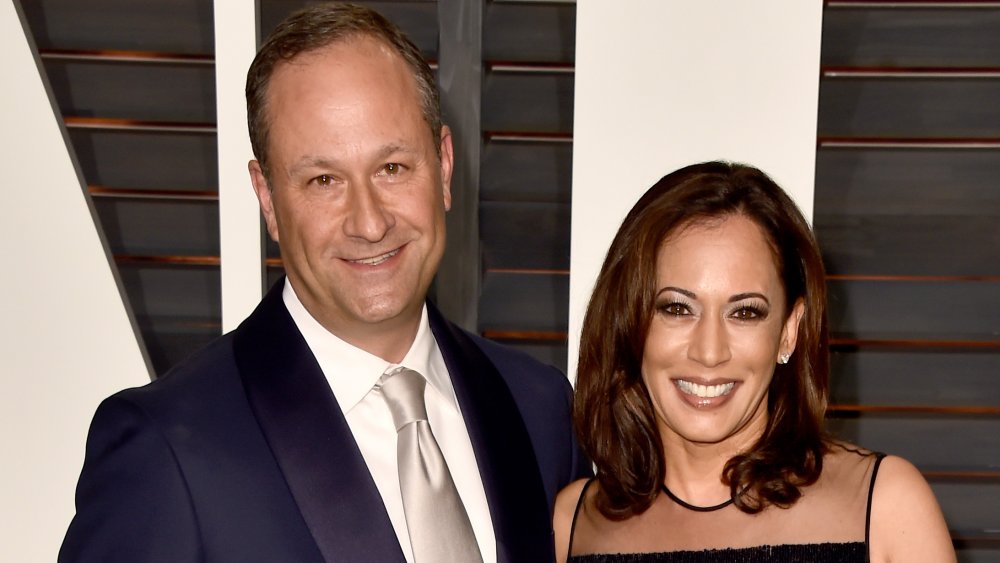 In 2014, SFGate reported that Kamala Harris, attorney general at the time, got engaged to Douglas Emhoff after «about a year» of dating. The proposal was relatively low-key with Emhoff popping the question on March 27, 2014 at Harris’ apartment. She told the outlet that her then-fiancé «has the best sense of humor» and is «incredibly smart.» At the time, she said, «I don’t believe in long engagements,» guessing they would be married «within six months and it’ll probably be intimate.»

Harris was right about that one, since they tied the knot at the Santa Barbara courthouse in August 2014. The ceremony was conducted by the sister of the bride, Maya Harris, according to SFGate. Even though they opted for a courthouse wedding, the couple still added in some personal touches. There was a cellist playing music. They wrote their own vows and incorporated traditions from each of their backgrounds. At the end of the ceremony, they broke a glass to honor Emhoff’s Jewish heritage. Harris also placed a flower garland around his neck, in honor of an Indian wedding tradition. And then they went back to normal life, instead of embarking on a honeymoon.

At this point, it seems Emhoff is the most supportive spouse he could possibly be, based on his social media activity about his wife’s political aspirations. But hopefully, as the campaign continues, the public will get to know more about him beyond being a famous husband.